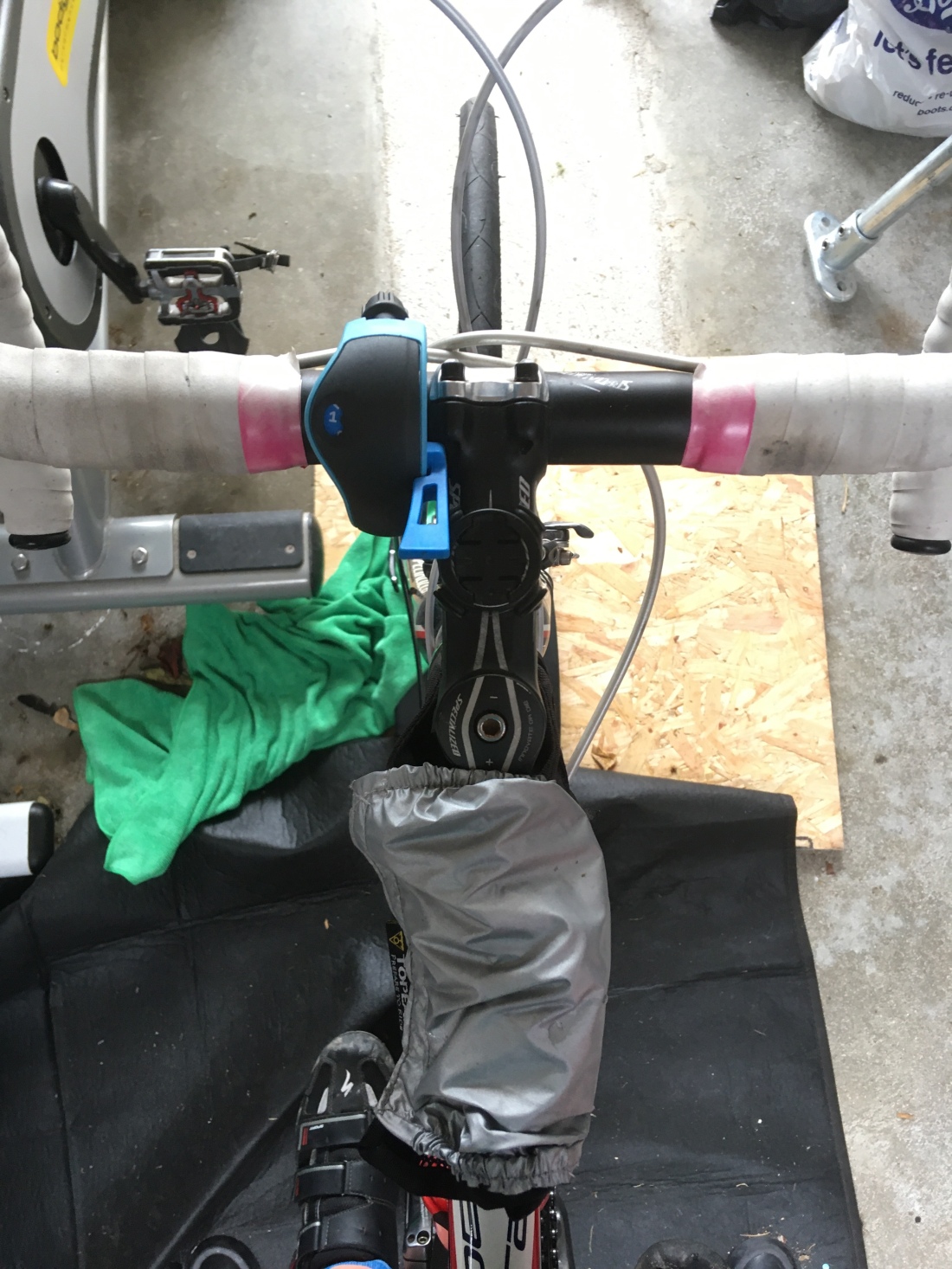 For a few weeks now I’ve been looking forward to this week. It contained a session called ‘Jon’s lactic burner’ which had caught my eye.

For years, G and I beasted ourselves in the Pedal Active shed of doom. A spin studio in Ashtead. We feasting on double and triple spin classes featuring threshold sets, hill and occasionally inadvertant maximum heart rate tests.

Nothing scares me on a static bike. I was looking forward to the challenge of facing up to a ‘tough’ cycle session. On paper, the session looked quite simple. After a good warm up it jumped into 15 sets of 30 seconds of effort (at full welly mode) followed by 30 seconds of recovery – then two ‘threshold’ sessions. One ten minutes long at medium effort and one eight minutes long at hard effort. Tasty but definitely doable.

So, I was a little grumpy that the few days before it I was fighting off a cold. Going into the session my head felt really woolly. Determined to get it done, I loaded some high RPM tunes up to Spotify, plugged in and settled down to get it done.

Well, I absolutely loved it. The 30 second efforts were mad and I started to feel them by about number 7 but, because they were so short it was easy to deal with them mentally. I suspected the same would not be said of the prolonged efforts coming later. Sure enough, half way through the first threshold set, I could feel a dead legged fatigue settling into my quads. It was nothing like the second that hit like a train and left me focusing on a spot on the van parked in front of me and counting down the minutes.

I finished the session sweating so much I couldn’t see, the floor swimming and with a sense of satisfaction of a job well done.

So far so good for the week which saw G and I battling with the masses in the swimming pool the day before. The session was a good one, despite the mayhem of kids launching themselves at us, bloody breaststrokers swimming three abreast and chatting like they’d not seen each other in years (this is only a six lane pool) and determined breast stroke man, coming through regardless of who was in front of him.

I did manage to punch a bloke in the lane next to me – 2 for 2 in my last two swims – and then completed the session without further incident.

The week then eased up a bit as G and I had a half marathon scheduled in for the Sunday. Early Thursday morning, I waved goodbye to G and headed off to Surrey for work. Where I had a hot date planned with the girls on Friday and rough plan to head to Mole Valley Park Run on Saturday morning before driving home.

We had a great night out. I was staying up at work, which meant a bit of a walk home so I wore my loveliest comfy boots and headed from the pub at 10.30pm to catch the train from Epsom back to Ashtead. Almost immediately disaster struck and the boots started to rub. By the time I’d hobbled back to Ashtead, I was in considerable discomfort and horrified when taking my boots off to see two enormous blisters, one on each heel and covering most of the heel. I took myself off to bed and hoped they would go down overnight.

By next morning, they were sore and angry looking. I tried putting on my running shoes but they just put pressure on the blisters. I was really worried I’d run and they’d burst and I’d end up in a much worse situation. Driving on them was really painful too. I dithered for ages, then decided to drive straight home and complete the turbo session that had been scheduled for the day. Once that was done, I’d make a decision about the half marathon the following day.

The drive wasn’t too bad and I arrived one around 2pm, immediately got changed and on the bike before I could change my mind. The cycle shoes hurt but were not rubbing too much. Although, once off the bike, the blisters were now really hard with fluid and going black.

I swung between prodding and ignoring the blisters for the rest of the day. Neither action really helped, the blisters were resolute.

The next morning it was absolutely chucking it down. Flood warnings had been issued for bits of the route. There was little change in the blisters and I was worried about getting them wet and tearing. So, with a heavy heart we decided not to do the half and instead headed back to the garage to complete another turbo session. This time, an hours hard effort at threshold.

Not quite the end to the week we had planned and hopefully it will be situation normal in a day or two.

Meanwhile, the boots are in the garage with instructions to think about what they did!

I'm a girl in the world just trying to make 1% improvements everyday. I recently qualified as a Personal Trainer. I certainly don't fit the aesthetic of a PT. I want to demonstrate that ordinary people can achieve their hearts desire. Clean eating advocate with paleo leanings. View all posts by PT Nicky